If you have been a hardcore basketball fan for a few decades, you may have noticed some significant changes in the game over time. Almost all players who used to wear shorts in the early 1990s have started wearing longer shorts. But what influenced this change? Why are basketball shorts so long?

Basketball shorts are so long now compared to the 90s because of the legendary player Micheal Jordan. Long shorts became a trend after Michigan’s ‘Fab Five’ took notice of it and brought it to the mainstream. Soon, pop culture worked its magic and made long baggy basketball shorts a worldwide phenomenon.

When Did Basketball Shorts Get Long?

Long basketball shorts are recent, but the trend has been in making for some time. Let us look at what brought about this massive change in the sport.

The Start Of A Change

In the early 1900s, basketball players used to wear padded pants. It was not until the early 1920s that NBA players shifted to the shorts. Surprisingly, this shift was not made by the corporation but by the players. They believed that the thick fabric of long pants hindered their performance and restricted their cuts and jumps.

However, these shorts were much shorter than the ones you see players wearing today. They only covered one-third of the player’s leg, barely covering their thighs. Some famous players who popularized these ‘short shorts’ include Oscar Robertson, Wilt Chamberlain and Jerry West. However, around the 70s or early 80s things began to take a turn- and for the better.

Rise Of The Long Shorts Trend

Michael Jordan is one of the biggest basketball icons that impacted the game in more ways than one. He was the first person to wear long shorts. Some believed he was self-conscious of his muscular thighs, whereas others believed the loose long shorts gave him more freedom to play. People even observed that Jordan had a continuous habit of pulling down his shorts during the games. By switching to long shorts, he got rid of the problem once and for all.

But the speculation doesn’t end here, and other theories exist. Some say that Jordan made this decision because he wanted to wear his University of North Carolina shorts underneath his Chicago Bulls shorts for luck. But regardless of the reasons, one thing is sure: this decision by Jordan influenced the game and all its players greatly.

Michael Jordan greatly influenced the use of long shorts, but it was still limited. Many players did not make the shift until the University of Michigan Fab Five brought the long shorts to the mainstream. It was the first team to wear long baggy shorts on the field.

The team rose to prominence under the leadership of Chris Webber, Ray Jackson, Jimmy King and Jalen Rose. The Fab-Five members were quite experimental and had a unique style that captured the attention of basketball fans.

They were also not afraid of being unconventional and popularized not only long shorts but also loose clothes. Although their unorthodox look sparked some controversy at first, it soon became fashionable.Thanks to them, more players started wearing long shorts.

Soon after Michael Jordan and the Fab Five, the world caught on what was soon to be the most revolutionary piece of clothing. Many popular shows and movies started showing basketball players in baggy and loose clothes.

Articles also started rolling out on the rise of long shorts and this new trend helped players enjoy more freedom and individuality. Moreover, these articles increased the reach of the long shorts. The market soon jumped in and brands started launching their pairs of loose shorts. One can now see NBA players and school and university basketball players flaunting their long shorts with pride.

Why Did They Make Basketball Shorts Longer?

Traditionally, all basketball players used to wear their shorts above their knees, but in the late 90s and early 2000s, many started wearing long shorts. This compelled the market to make products suiting the players’ needs.

According to Nike, longer length provided a much better fit and allowed a greater range of motion. Their shorts also offer a single-layer compression fabric, larger inseam. In addition, these shorts boast of mesh ventilation, and wider drawstring and waistband for players to play comfortably.

Besides being long, these new basketball shorts were also loose, helping the player to move without restrictions. It also helped in maintaining the players’ body temperatures during matches.

How Long Should Basketball Shorts Be?

Over the decades, there have been many changes in the length of long basketball  shorts. But lately, the consensus has been settled on around 11 inches ending above the knee. This length provides freedom of movement and good thigh coverage. Most people also pair their long shorts with compression underwear to ensure greater comfort and ease of movement.

Many NBA players wear shorter shorts, usually in hot weather, to help show off their legs and athletic prowess. There is also relatively less fabric that absorbs less sweat and does not get heavy. All this compelled players to wear short shorts during heat-intensive basketball matches.

Although many players chose to wear long shorts, in 1997, the NBA officially mandated that all basketball shorts be at least one inch above the knees. However, it is up to the basketball players to decide how long they need their shorts. It ensured all players were compelled to make the shift to longer shorts.

Should Basketball Shorts Be Long?

According to many, long shorts provide more coverage and comfort and help basketball players enjoy greater freedom of movement. Michael Jordan had a habit of pulling down his shorts, which is why he decided to shift to long shorts altogether. Most players now choose their length of shorts. However, some competitions have specific rules on the shorts’ length and color combinations that one can use.

What Size Basketball Shorts Should I Get?

The weather outside sure seems nice, right! Do you want to shoot some hoops but only have an indoor basketball at hand and don’t know what to do? Do you have indoor basketball and want to know that you can use Indoor Basketballs Outside? Then you will get all the answers from here. Can You… 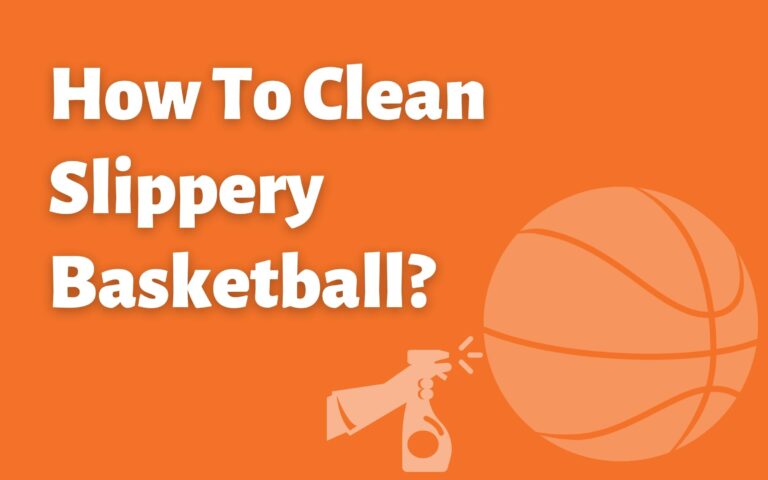 If you want to know more about how to clean slippery basketball? then read the article till the end. So without further ado, let’s get into the topic. How To Clean Slippery Basketball? Just like it is essential to have a good grip on the basketball, a professional player must have profound knowledge about keeping…

The young generation, while growing up, has many interests, one of which is the relationship between basketball and music. With almost 800 million fans following, basketball is considered one of the most popular sports in the world. It is becoming famous internationally as the game has lots of exciting shots, dunks, and moves. Music and…

Basketball is a fun sport that can be played indoors and outdoors. However, the environment this sport is being played affects the performance quite a bit. That is why you might have sometimes wondered, why is it harder to shoot a basketball outside? Shooting a basketball outside is harder than inside due to several reasons….